The Alumni - not just here to party

As a service to the thousands of people who have been employed by the  production company over 41 years, the TAa was formed  in 2012. These employees are not your "normal" skilled labor set, for each season we all put on our loin cloths, petticoats and uniforms, body paint and stippled beards, loaded black powder flintlock rifles and plunged cannons, performed horse stunts, fights, and wardances, cracked blood filled eggs and carved chestskin scalpings, all to perform up to 75 +\- shows a season, all while living in tents and hootches and showered cold showers or dunked in the pond. The TAa was formed to unite these former employees to a common goal...to relive those "glory days" and reunite with friends from long ago, but also to provide a means of working together to give back to the drama;  to assist it with contributions made by the unified membership dues, and as the organization grows, through other means of raising funds and volunteering. The show has not changed much over the years in some ways; yet to survive some years, business decisions moved to making necessary cuts and smaller casts; and still the drama has thrived and played again to audiences of thousands. But what economic downturns do to "normal" business is accentuated in a theatrical business and the TAa was formed with hopes to attempt to become a stablizing source of support to the show. Now, you "former employees"(aka Alumni) have a choice to make - to unite with TAa and help with the goal of supporting the outdoor drama, or to just leave its memories in your past and move on to other jobs as the show fades in memory and from the economic landscape of Chillicothe and Central Ohio. We hope you will help continue the tradition of "Tecumseh!" with your former co-workers - The alumni of Tecumseh. Please look through this website for more information on joining and how you can support the goals of the Tecumseh Alumni Association. We're not here just to party anymore. We are here to see "Tecumseh!" live for the next generation to come. Are you in? 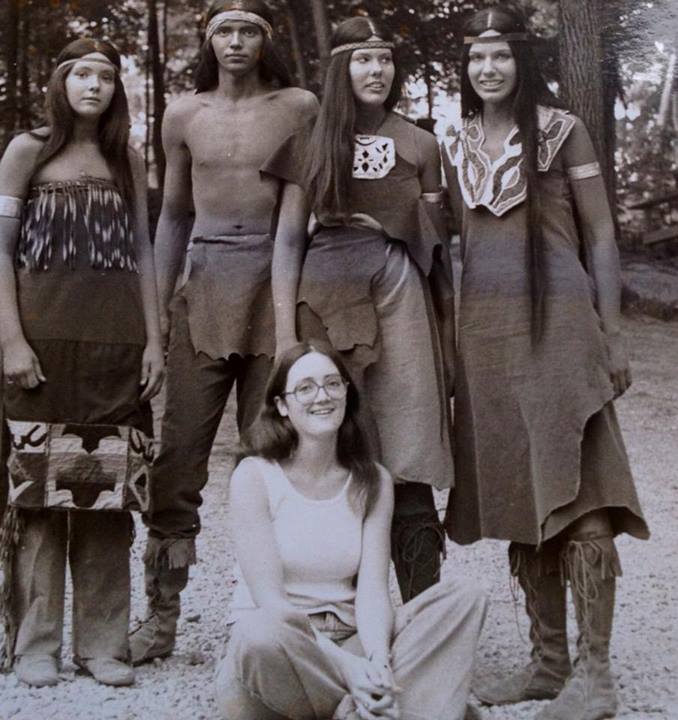 Uniting 45+ years of Cast, Crew, and all who worked on Sugarloaf Mountain. 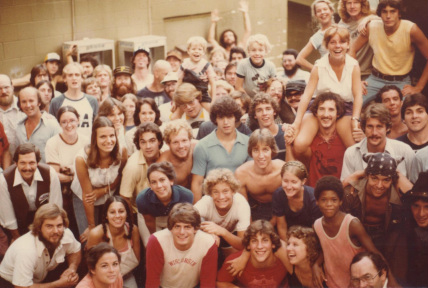 Cast and Crew 1980
The Tecumseh Alumni Association is an incorporated non-profit 501(c)(7) organization, formed in 2012 by former employees and cast members of the outdoor drama, "Tecumseh!" located in Chillicothe, Ohio. This Alumni organization represents the thousands of actors, stage crew, pyro-technicians, costumers, equestrians, ticket office staff, as well as employees of the parent corporation, The Scioto Society, Inc.,  which has produced the epic outdoor drama since it was first performed in 1973. The Alumni Association acts as a point of contact for all of these who are united by their time on the Mountain; works to provide a network with old friends and 'family';and promises to provide a regular reunion each year for the benefit of the membership to reunite, relive and revive the memory of the Days on the Mountain, and to honor the memory of those of the Family who have passed on to the Great Spirit's reward. We are many faces, names, and tribes united as one family. 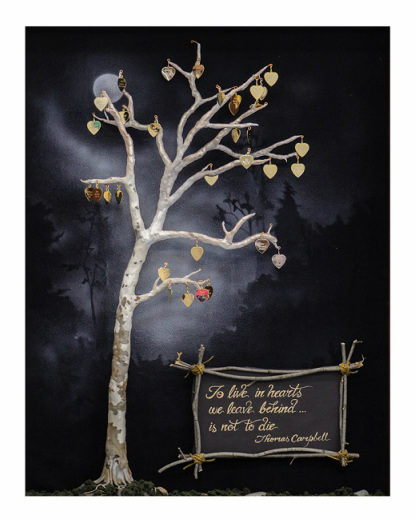 tecumsehalumniassociation@gmail.comCreated and presented to the Alumni at the 2012 Reunion, this memorial is a lovely 3' tall replica of the original stage 'member', a natural grown tree on Sugarloaf Mountain front lit in the closing scenes of the 2-8 battle and the 2-10 closing. This memorial bears gold medallions that are engraved with the names and years of participation of Alumni to honor their memory. Sponsors are needed to defray the cost of the medallions and the engraving. These sponsorships may be purchased for a specific alum, or offered for any unpaid medallions for only $30 each. A hard copy photo of the Ghost Tree Memorial is also available for a small fee. Contact: ghosttree@tecumsehalumniassociation.com for further information.

Please Note: Sponsorships paid for a specified alumni whose medallion has already been sponsored will be given the opportunity to designate a second choice. If no response is made following that opportunity, the TAa reserves the right to allocate the contribution to an unsponsored medallion.

Current Alumni represented upon this Memorial as of June 15, 2020 include: 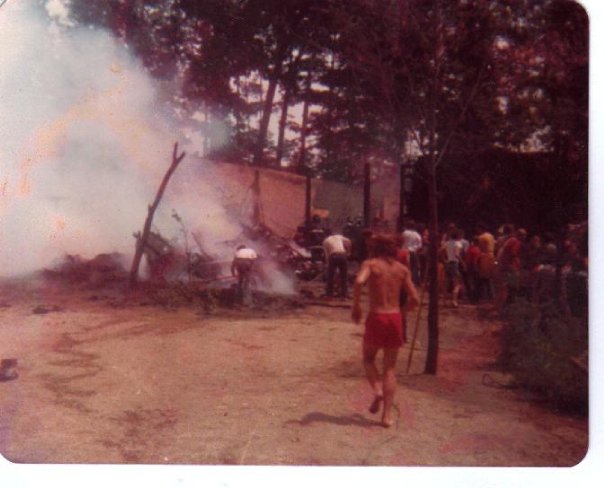